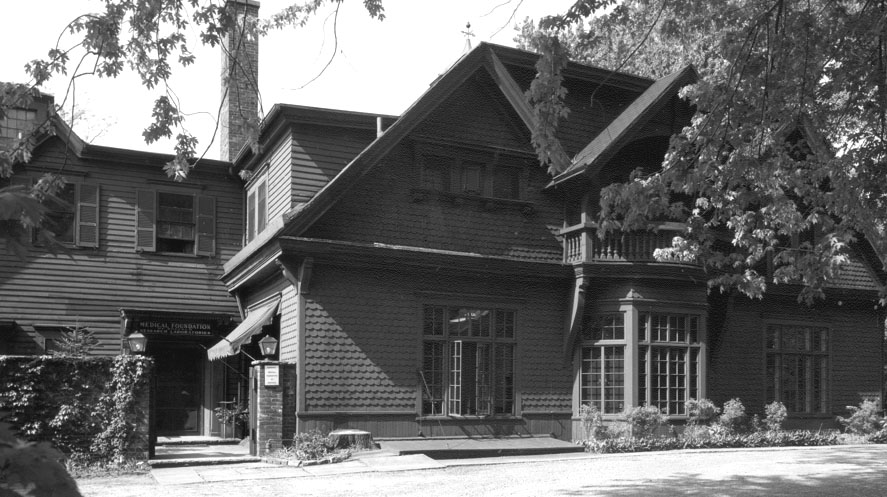 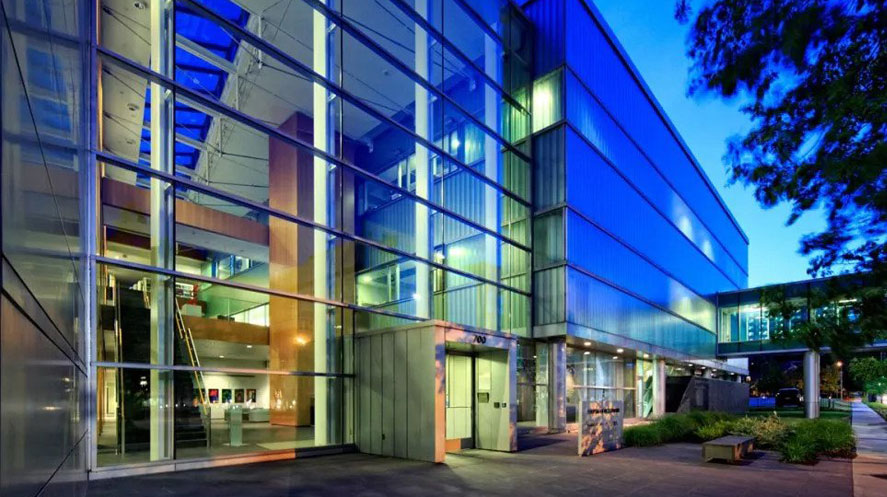 Pictured in black and white is the first home of the Medical Foundation of Buffalo, in color is our state-of-the-art 73,000 sq. ft. research facility which was the first new construction on the thriving Buffalo Niagara Medical Campus.

The Hauptman-Woodward Medical Research Institute is known for its research throughout the world.

Founded in 1956 it has housed researchers dedicated to studying the foundations of disease, looking at the interaction of biology with new and improved pharmaceuticals. We have a rich history of innovation, discovery, and education, and are a founder institute of the Buffalo Niagara Medical Campus. Today we are housed in a state of the art, 73,000 square foot facility identified from it’s iconic shape reflected in our logo.

The Institute has been part of Buffalo and the scientific world for over 60 years.  It began in a carriage house. Dr. George F. Koepf was driven by a fascination with the human body’s glands and the hormones they produce. Through the financial support of Helen Woodward Rivas, the carriage house of a Delaware Avenue mansion opened the Medical Foundation of Buffalo. Founded in 1956, the staff included Dr. Koepf and just two colleagues.

After plans to expand, expedited by a devastating fire, the foundation moved to a new research facility at 73 High Street in 1963. In efforts to understand and cure disease the focus of the foundation began to shift toward the science of X-ray crystallography, which put it on track for international recognition. In 1985, Dr. Herbert A. Hauptman (a mathematician) was awarded the Nobel Prize in Chemistry. Together with Dr. Jerome Karle, Hauptman discovered new mathematical methods to visualize pharmaceuticals, proteins, and how they interact. These techniques have since been used throughout the world to study thousands of molecules – most of the pharmaceuticals we take today. In recognition of Dr. Hauptman’s achievement and to honor the generosity of Helen Woodward Rivas, the foundation was renamed the Hauptman-Woodward Medical Research Institute in 1994.

Building on the work of Nobel Laureate Dr. Herbert Hauptman, our renowned researchers use a broad range techniques collectively known as structural biology, which allows them to create three-dimensional models of biomolecules. Studying the structures of the body’s proteins – its building blocks – enables HWI scientists to see what they look like when functioning properly, and what they look like in a diseased state. The results of their investigations provide insights into how these molecular machines work, including the starting points for better drug design. In addition, the Institute seeks to make innovative technological improvements in the entire process of creating these molecular models – improvements that will enhance the productivity of scientists all over the world.

We house scientists in multiple disciplines and value diversity in ideas and backgrounds to promote novel and world leading discoveries.

Our goals of innovation, discovery, and education are driven by what we describe as CURE•OSITY as we work today toward the cures of tomorrow.