We make the invisible visible: Covid-19 and Structural Biology

Viruses are much smaller than the smallest thing we can see with a standard microscope, and the key details are smaller than that. They are invisible to most, but not to us at HWI.

Crystallography and Cryo-Electron Microscopy (Cryo-EM) can be used to see things that are small. There is a world wide effort to study the coronavirus and the picture to the left was produced using Cryo-EM in a matter of weeks by a group at the University of Texas in Austin. This is the ‘spike’ that sits on the surface of the virus and binds to a key protein in humans called ACE2. ACE2 sits on the surface of cells (factories) in our heart and lungs. ACE2 plays a key role in regulating blood pressure and many drugs to reduce blood pressure target this protein. A portion of this spike, shown in blue, is the ‘bait’ that catches ACE2 (shown in the second figure). Once caught, the virus makes use of other tools on our cell surfaces to release a ‘drill’ packed within the spike that allows the virus to fuse with the cell it is attacking. The virus is so infectious because this bait is so attractive to ACE2 – if we could block this, we could combat the infection.

Another recent study led by a team in China, this time using crystallography, looked at the bait, the blue colored part and visualized how it binds to us. This is shown below, the top part being the bait from the virus and the bottom part, the ACE2 protein in us. “What makes this image such a big deal is that it shows—in exquisite detail—how the coronavirus attaches to human cells before infecting them and making people sick. The details we can now see of this interaction will help guide drug development, atom by atom, in devising safe and effective ways of treatment”. Fitting a piece inbetween (a drug) could block the virus from attaching to human cells and prevent infection. There are a range of drugs that already target ACE2 and trials are underway with these. This work targets the virus as it infects our cells. There are studies ongoing about how to stop its action after it has infected us, how to stop it making copies of itself and how to deny it the building blocks to assemble new virus particles. The virus is clever, part of its machinery changes the instructions in our body so that we build copies of the virus’s building blocks that then reduce our own defenses. There are many avenues of attack and scientists are exploring them all. 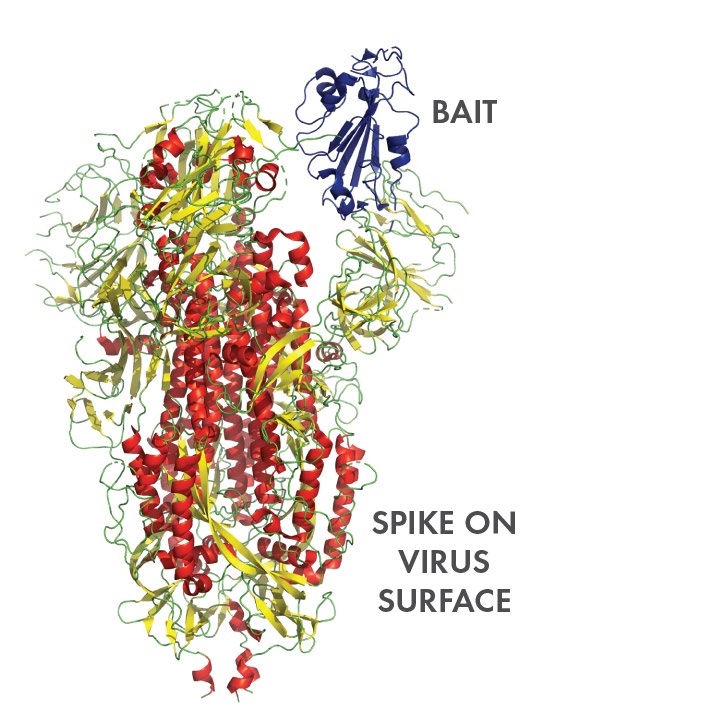 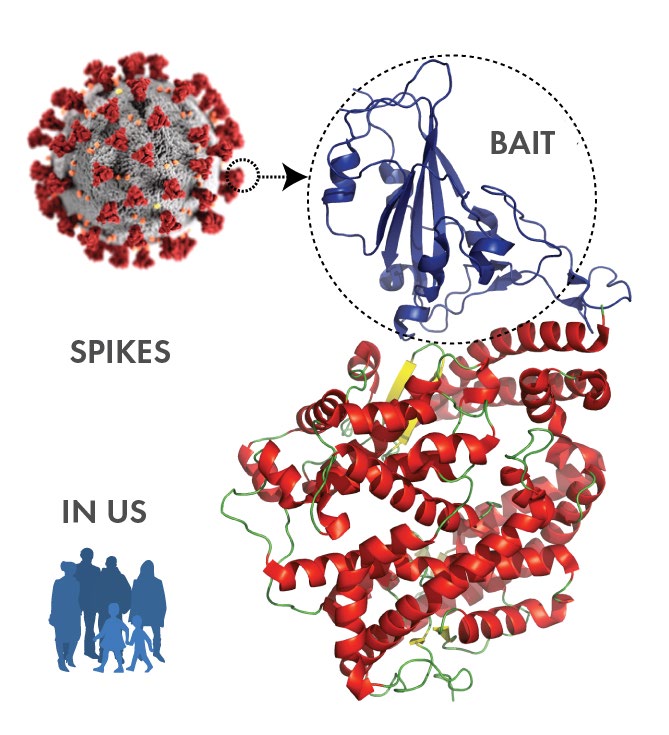 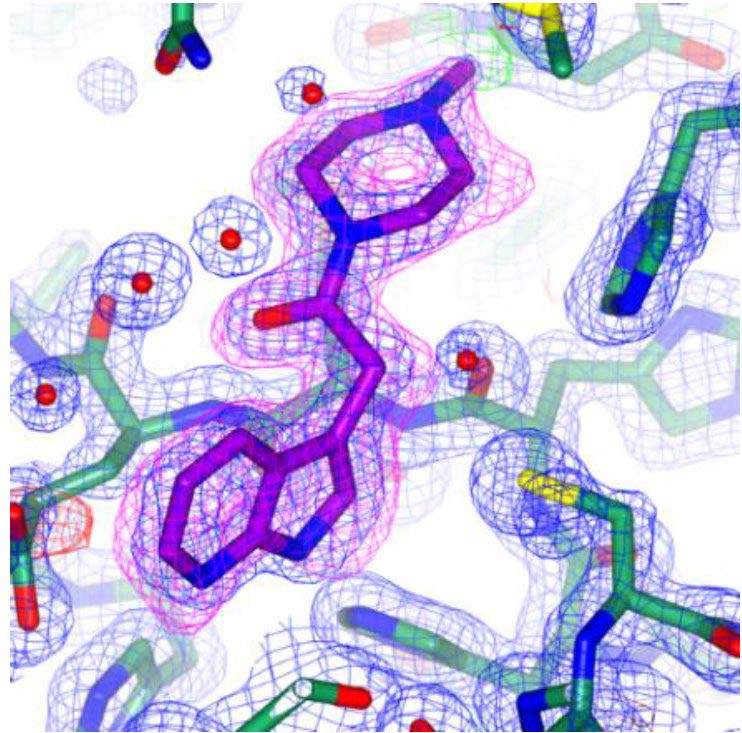 The examples here are a snapshot of the work that is going on around the world. They were selected by NIH as key examples of what structural biology is doing to tackle this crisis. We have taken the liberty of reducing as much of the scientific jargon as possible. In Buffalo, we are targeting the spike and other proteins that make up the virus – the jigsaw pieces that build up the complete picture. We are crystallizing them for collaborators in the US and across the world.

Potential drugs are being studied at our facility in Chicago for pharmaceutical companies. Our scientists are helping collaborators across the world. For a crisis this big, you have to start small, real small. This is what we do, we make the invisible visible. Seeing small things makes a big impact. This is how we tackle disease with structural biology. There are ~500 different but known coronavirus strains and it is estimated that there are ~5,000 unknown ones. History and science suggest that we will see some of these during our lifetimes. This is why we are building our Cryo-EM center. This is why the Crystallization Center and our facility in Chicago are so important. This is the work that you help drive. We are helping now and we are building for the Institute’s future but also for all of our future and health.