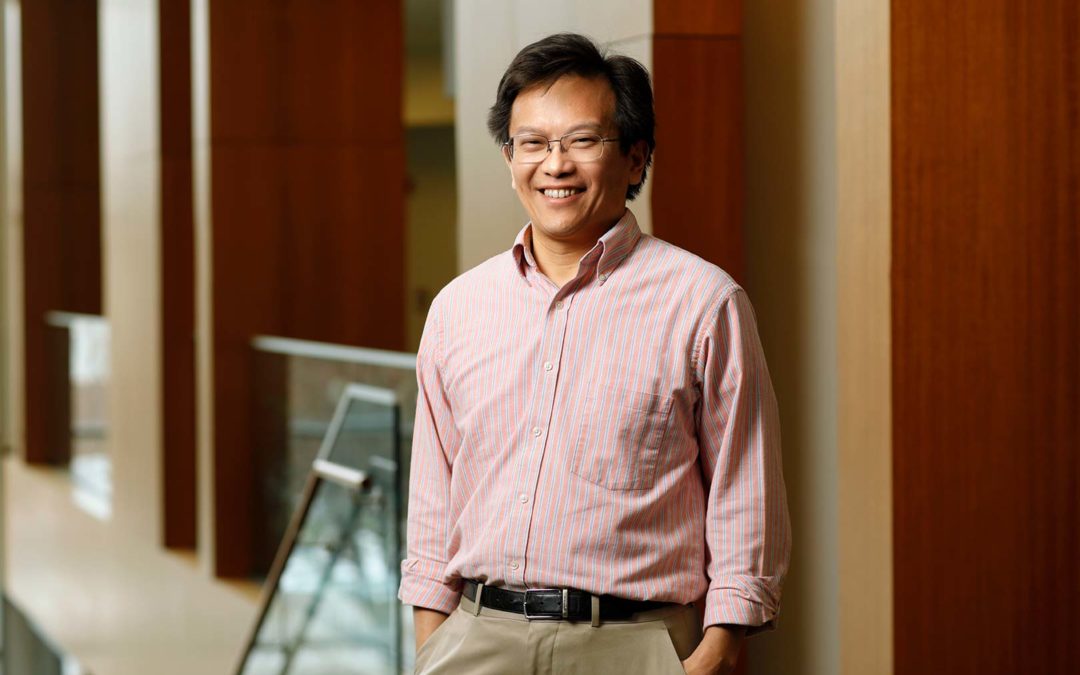 Hauptman-Woodward Medical Research Institute (HWI), an international leader in structural biology located on the Buffalo Niagara Medical Campus, announced that it has added a renowned specialist to lead the Institute’s latest breakthrough development.

Qiu-Xing Jiang, Ph.D., an accomplished researcher who specializes in cryo-electron microscopy (Cryo-EM), has been named director of the new Cryo-EM center currently under development at HWI. He comes to Buffalo from the University of Florida in Gainesville, where he has served as an associate professor heading the Laboratory of Molecular Physiology and Biophysics in the University’s Department of Microbiology and Cell Science.

“Cryo-EM has the tremendous potential to unlock and answer complex medical research questions so that the work being done today can have meaningful impacts on disease during our lifetimes, rather than a generation or two in the future,” said Dr. Edward Snell, CEO, Hauptman-Woodward Medical Research Institute. “Dr. Jiang and his team bring to HWI and to Western New York some of the foremost thoughts in how we can realize the capabilities of Cryo-EM research in studying, understanding, and, ultimately, treating disease.”

At Florida, Jiang directed the optimization of the Cryo-EM facility on campus. In addition, he has developed new technologies for Cryo-EM imaging, and previously served as the Cryo-EM director at the University of Texas Southwestern Medical Center in Dallas. Jiang and his research team have led multiple structural and functional studies related to such conditions as neurological diseases, diabetes, neurodegenerative diseases, cancers, and others, as well as the design and development of novel therapeutics.

“The new Cryo-EM center at HWI will provide a golden opportunity for applying advanced methods in Cryo-EM to key scientific questions,” Jiang said. “The work we have done in the field over the past 12 years will enable us to provide strong technical support for many types of research programs and contribute significantly to the long-term success of this new center.”

Jiang earned a Bachelor of Science degree from the University of Science and Technology of China, and a Master of Science from the Institute of Biophysics at the Chinese Academy of Sciences. He went on to study at Yale University, where he earned a Master of Philosophy and a doctorate in Cellular & Molecular Physiology. Jiang later performed postdoctoral work at Yale and at the Howard Hughes Medical Institute at the Rockefeller University in New York. His work has received funding and other support from organizations including the National Institute of Health, National Institute of General Medical Sciences, Cystic Fibrosis Foundation, National Science Foundation, American Heart Association, and other foundations and organizations. Since 2003, he has given several presentations to numerous scientific, research, and academic audiences around the world.

HWI is preparing to install its first high-resolution cryo-electron microscope this year. The microscope uses electrons to take pictures of individual proteins that are flash-frozen in motion and utilizes high-power computers to calculate what these proteins look like. This allows scientists and researchers to more quickly develop life-saving pharmaceuticals. The installation of the microscope, which will be the first of its kind in Western New York, will be a magnet to recruit top research scientists and attract new employers to the region.

In addition to the new center, HWI is also employing breakthrough-sustainable energy technology to support the new microscopes. Because the new microscopes have a fairly high energy demand, HWI will use an on-site lithium storage device to help power the center. The storage technology, developed by Buffalo-based Viridi Parente, will help HWI realize cost savings by lowering electricity demand and reducing costly infrastructure upgrades. It will also provide the center with a clean electric supply.  This will be the first such application of the lithium-based energy storage technology in New York State.