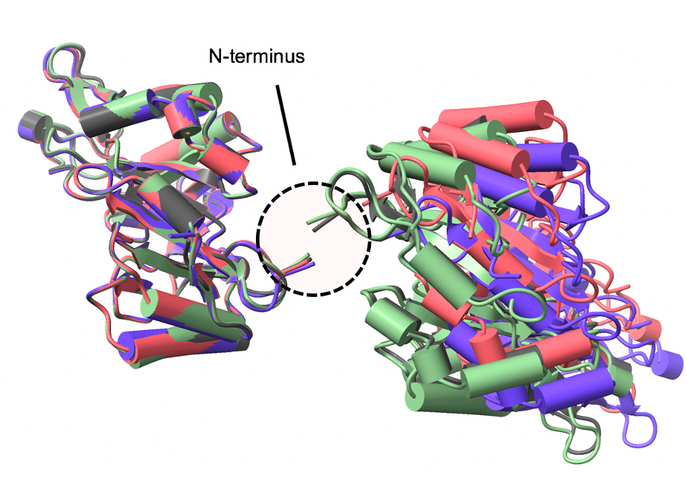 A significant problem in biological X-ray crystallography is the radiation chemistry caused by the incident X-ray beam. This produces both global and site-specific damage. Site-specific damage can misdirect the biological interpretation of the structural models produced. Cryo-cooling crystals have been successful in mitigating damage but not eliminating it altogether; however, cryo-cooling can be difficult in some cases and has also been shown to limit functionally relevant protein conformations. The doses used for X-ray crystallography are typically in the kilo-gray to mega-gray range. While disulfide bonds are among the most significantly affected species in proteins in the crystalline state at both cryogenic and higher temperatures, there is limited information on their response to low X-ray doses in solution, the details of which might inform biomedical applications of X-rays. In recent work entitled “SAXS studies of X-ray induced disulfide bond damage: Engineering high-resolution insight from a low-resolution technique” by Timothy Stachowski, Mary Snell, and Edward Snell, they engineered a protein that dimerizes through a susceptible disulfide bond to relate the radiation damage processes seen in cryo-cooled crystals to those closer to physiologic conditions. This approach enables a low-resolution technique, small-angle X-ray scattering (SAXS), to detect and monitor a residue-specific process. A dose-dependent fragmentation of the engineered protein was seen that can be explained by a dimer to monomer transition through disulfide bond cleavage. This supports the crystallographically derived mechanism and demonstrates that results obtained crystallographically can be usefully extrapolated to physiologic conditions. Fragmentation was influenced by pH and the conformation of the dimer, providing information on the mechanism and pointing to future routes for investigation and potential mitigation. The novel engineered protein approach to generate a large-scale change through a site-specific interaction represents a promising tool for advancing radiation damage studies under solution conditions.